In this blog post, We are going to learn the basics of Go Language tutorial with Hello World Example. 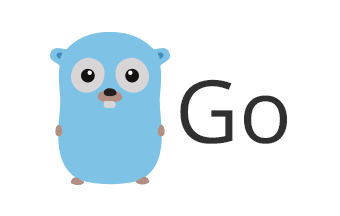 Go is a popular Opensource programming language released by Google. When you are learning any language, You will write a sample Hello world example.

Like java programming language, To run the code, you need to do following things First you need to compile the code to generate machine-readable code which runs the code

This command compiles the code and generates an executable file. To run the program, We need to give executable via command line

We can use for compile and running the code using either go run or go build commands This program justs prints the string to the console.

Here are the main components of the first program

Go code can be always read from Top to Bottom and Left to bottom Below will walk through the code with explanations Comments Declaration Comments are used to tell the developer about the line of code or a file. These are ignored by Go Compiler Execution. Like java programming language, Comments are declared with starting // In the above program the first line is declared with a comment. In Go comments can be declared in two ways for code Single Line comments can be declared as like below

import package Import keyword used to import other libraries packages into the current program. Here fmt standard package is imported so that all the classes and utilities can be used in the current code fmt package contains Input and output stream utilities. Function Declaration Functions in any programming language are multiple statements executes in the sequential order and this can be grouped under one name. Functions take input and execute, return output. Input can be either noting or any values and output can be nothing or any values. func is a keyword used to declare a function in golang. main is the name of the function which is always a starting point execution of go program code. functions are enclosed with braces{}. main() function always executes first when you run the code. fmt.println() statement Here fmt package’s function is called. The function is println() which is prints line to the console. This function takes a string input and outputs the string to the standard console.

With this post, You can write a Sample hello world program in go language. The official website for this language is  GoLang