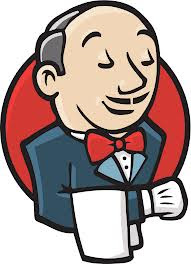 Sun has developed Hudson for building Java projects, after Oracle acquisition, Hudson is renamed as Jenkins (forked code base and enhanced by adding different plugins)


what is continuous integration:-

In software development, when we developed any code, developers compile the code using maven and run the test cases for the code, if failure happens, we will fix the code. For each code, we need to do manually.

but if multiple teams/developers are working on different modules of the same web application, we need to do integration test by integrating all modules.

so we need an automated process to which each piece of code is tested for each new code changes, the developer will fix the issues in case integration issues daily bases so that all your code is tested daily.

Jenkins is open source which is plugin based development, you can extend the Jenkins server by adding different plugins

Jenkins is used to automating build and deployment process


Jenkins Continous integration server is developed in Java, can be installed on tomcat or jetty application server. Jenkins can be extended by adding more plugins

plugins are developed in Java, can be added to Jenkins to get more functionality. java plugins are easily installable

Subscribe to the latest articles from this blog directly via email